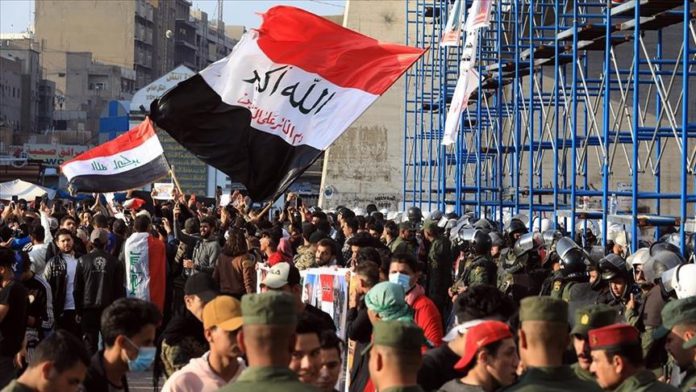 At least 21 protesters were injured Saturday in demonstrations in the provinces of Zikar and Najaf.

Fifteen demonstrators and six security officers were injured during the rallies in the two provinces as protests continue in Zikar for a sixth straight day because of a lack of public services.

Demonstrators demanded Prime Minister Mustafa Al-Kadhimi appoint a competent governor instead of one who was recently appointed, according to sources.

Southern Iraqi Governor Nazim al-Waili, who was the target of protesters, resigned Friday as a result of the demonstrations when at least three people were killed and 100 were injured.

Security forces intervened while a curfew was implemented during the weekend as part of measures taken against the coronavirus.

Hundreds gathered in Najaf to voice support for demonstrations in Zikar.

Anti-government demonstrations that began in October 2019 to protest unemployment, corruption and a lack of public service in Iraq soon spread to the country’s southern provinces.