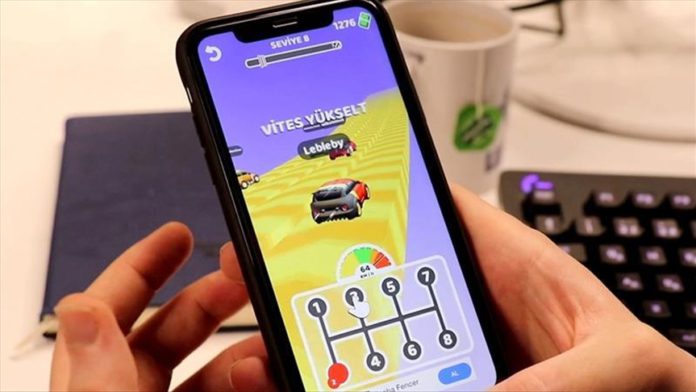 A mobile game developed by three Turkish programmers has been downloaded by 20 million users in three months.

The programmers gathered in the Black Sea province of Samsun and founded the “Lebleby Games” company in Samsun Teknopark last year.

They developed the Gear Race 3D mobile car racing game which has drawn great attention from both Turkey and other countries.

Ercan Karabulut, the founder and project manager of Lebleby Games, told Anadolu Agency that they developed mobile games with their research and development (R&D) work.

Underlining that they can produce player-centered and user experience-oriented games thanks to data mining, Karabulut said: “We analyze the situation and behavior of the players and offer them better content.”

“We enjoyed this process especially by actively participating in conferences, panels and game events abroad and had the opportunity to follow the innovations closely,” he said, adding that they have developed a total of 12 games so far.

Stressing that the mobile game industry is very competitive, he said they achieved remarkable success in the American market.

While the development of Gear Race 3D continues, they are also working for the production of new games, he said.

Noting that the global gaming industry is worth $136 billion, he said the industry continues to grow in Turkey.

“Our game has made us proud as it claimed first place in the racing category in 164 countries, especially in the US, China, Britain, and France,” said Talha Ekren, one of the founders.

“We have reached a total of 20 million users, as it has been at the top of the list for months,” he said, adding that there is a significant demand from Turkey.

Emre Karabulut, another founder, advised young entrepreneurs not to be afraid of failure.

“The ecosystem is growing very rapidly in Turkey. There are very good examples ahead of us. I believe they can achieve success at short notice,” he added.