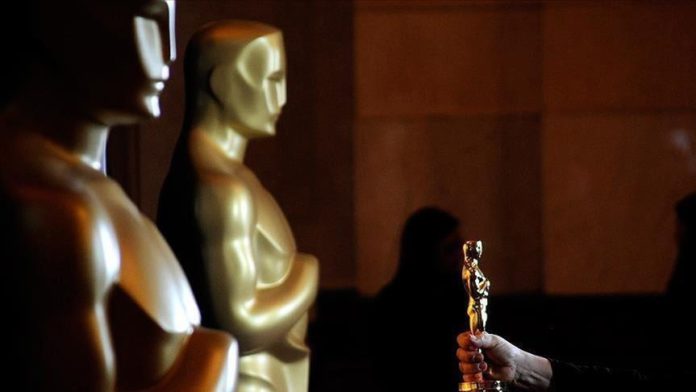 Actress Halle Berry’s dream for another African American woman to win the Best Actress Oscar will have to wait yet another year.

No Black leading ladies were nominated for the 94th Academy Awards, which were announced Tuesday.

Berry is the only woman of color to have won the Best Actress award, winning in 2002 for her role as widowed waitress Leticia Musgrove in Monster’s Ball.

The nominations for 2022’s best female leading role went to Nicole Kidman for playing comedian Lucille Ball in Being the Ricardos, Olivia Colman for her role as depressed mother Leda in The Lost Daughter, Jessica Chastain for her portrayal of glitzy televangelist Tammy Faye Messner in the biopic The Eyes of Tammy Faye, Kristen Stewart for her transformation into Princess Diana in Spencer and Penelope Cruz for her role as photographer Janis in the switched-at-birth saga Parallel Mothers.

Only eight black women have taken home an Oscar for Best Supporting Actress.

The possibility of a ninth could happen this year with two Black nominees for best supporting female.

Aunjanue Ellis was nominated for her role as the mother of tennis superstars Venus and Serena Williams in the King Richard biopic.

Ariana DuBose was also given a nod for her role as Puerto Rican immigrant Anita in Steven Spielberg’s remake of West Side Story.

If DuBose wins, she would also become the first queer woman of color to take home the Academy Award.

Rounding out the Best Supporting Actress nominations are Kirsten Dunst for The Power of the Dog, Jessie Buckley in The Lost Daughter and Judi Dench for her role in Belfast.

On the men’s side, two Black actors headline the nominations for Best Actor.

Will Smith got the nod for playing the father of tennis phenoms Venus and Serena Williams in King Richard.

Denzel Washington received a nomination for his role as General Macbeth in The Tragedy of Macbeth.

The other nominations for best male lead include Javier Bardem for Being the Ricardos, Benedict Cumberbatch in The Power of the Dog and Andrew Garfield for Tick, Tick… Boom!

The nominees for Best Supporting Actor include Ciaran Hinds for Belfast, Troy Kotsur in CODA, both Jesse Plemons and Kodi Smit-McPhee for The Power of the Dog and J.K. Simmons in Being the Ricardos.

The field is crowded for this year’s Best Picture Oscar, with 10 nominations, including Belfast, CODA, Don’t Look Up, Drive My Car, Dune, King Richard, Licorice Pizza, Nightmare Alley, The Power of the Dog and West Side Story.