TurkishPress
Home News 2020 to be 1 of 3 warmest years on record: UN group 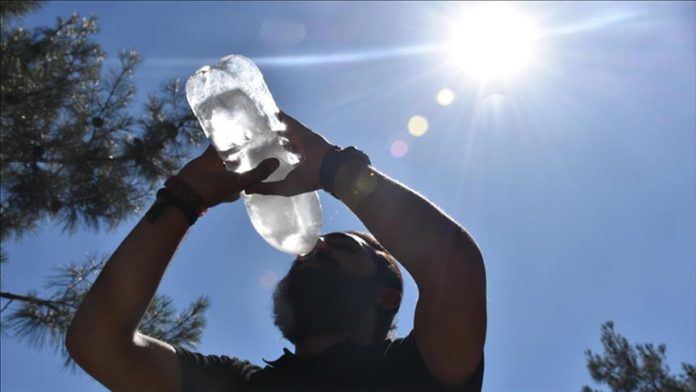 The World Meteorological Organization’s (WMO) provisional annual climate report released Wednesday said 2020 is on track to be one of the three warmest years on record after 2016 and 2019.

The report by the UN agency shows “how high-impact events including extreme heat, wildfires and floods, as well as the record-breaking Atlantic hurricane season, affected millions of people, compounding threats to human health and security and economic stability posed by the COVID-19 pandemic.”

“The average global temperature in 2020 is set to be about 1.2 °C above the pre-industrial (1850-1900) level. There is at least a one in five chance of it temporarily exceeding 1.5 °C by 2024,” WMO Secretary-General Petteri Taalas said, adding “more efforts are needed.”

This year’s extreme heat was recorded under La Nina conditions, which cools down the earth and brings stormy weather.

Taalas underlined that record warm years have usually coincided with a strong El Nino event — such as 2016. El Nino event is the opposite of La Nina and causes warmer global temperatures.

“Despite the current La Nina conditions, this year has already shown near-record heat comparable to the previous record of 2016,” he added.

Calling 2020 “another extraordinary year for climate,” he said during this year new extreme temperatures, especially in the Arctic, wildfires to floods and a record number of hurricanes in the Atlantic recorded, resulting in 10 million displacements during the first half of 2020.

Arctic sea ice reached its annual minimum in September and sea ice for July and October 2020 was the lowest on record.

The final report, which includes data from January to October and based on contributions of dozens of international organizations and experts, will be published in March.

Spain warned of rise in COVID-19 in nursing homes