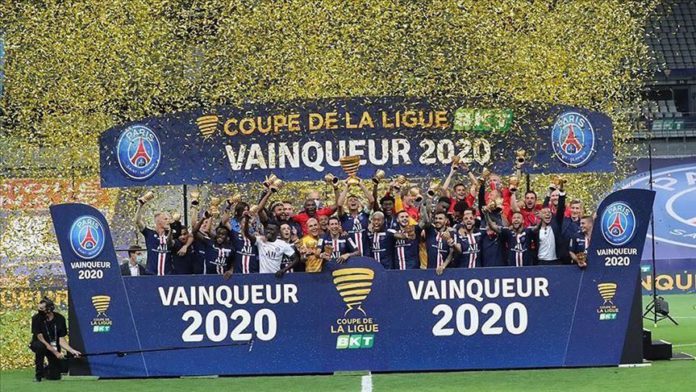 French football powerhouse Paris Saint-Germain (PSG) are set to celebrate their 50th anniversary this week, after the club rose in the 2010s fueled by Gulf investment.

Once the new investors came to power, PSG kicked off a long-term project to create a powerful team and win Europe’s top-tier UEFA Champions League title.

But Saint-Etienne is still the most successful club in the country with 10 titles as their latest league triumph was in 1981.

Called “Les Rouge et Bleu” (The Red and Blues), PSG claimed 41 cups since their establishment in 1970.

UEFA — European football’s governing body — abolished the Cup Winners’ Cup tournament in 1999 and absorbed it into the second-tier UEFA Cup tournament, which was later rebranded UEFA Europa League in 2009.

Following the Qatari takeover, PSG have eyed the Champions League title for a long time and still desire to bag it.

He joined the French team from Italy’s Napoli in 2013.

Cavani’s contract ran out in 2020 summer as PSG let him go.

Another player, who impressed this club, was a Swedish star, Zlatan Ibrahimovic.

Ibrahimovic was a beloved player and one of the big names in the PSG squad.

Pauleta was among the PSG legends in history.

A former Brazilian superstar Ronaldinho moved to Paris Saint-Germain in 2001 from Gremio of Brazil. This was Ronaldinho’s first overseas experience.

The 2002 FIFA World Cup winner played for PSG for two years (2001-2003) then was signed by Spanish powerhouse Barcelona, where he became a club legend.

Ronaldinho, 40, who mainly played in the attacking midfield position, was one of the most impressive players for Brazil and clubs that he played.

French defender Armand has most appearances

Sylvain Armand, the French left-back, has the most appearances for Paris Saint-Germain.

The French giants had two Turkish players in the club’s 50-year-history.

Erdinc is currently in Turkey to play for Fenerbahce. He scored 30 goals in 110 games for PSG.

In the 2019-20 season, Guclu was on loan at Ligue 2 club Valenciennes. He was the French champion with Paris Saint-Germain in 2019 but wasn’t a team regular.

Guclu tallied one goal for PSG senior team in one appearance.