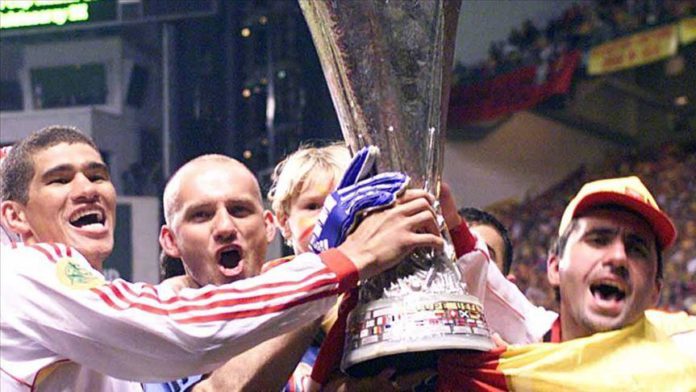 “Taffarel, Popescu, Hagi… @Galatasaray won the UEFA Cup #OTD [on this day] in 2000, beating Arsenal 4-1 on penalties,” the UEFA Europa League said on Twitter to honor the 2000 champions.

This video went on with Galatasaray players’ celebrations while lifting the trophy in the closing ceremony.

“#OTD in 2000, we made history and became the only Turkish club with a European championship title. Happy UEFA Champions Day Lions! #17May2000,” Galatasaray tweeted.

The Istanbul club also uploaded a video of the 2000 final, which was held in the Danish capital Copenhagen.

“#17MAYIS2000” has been trending on Twitter, with Galatasaray fans from around the world having made the memorial victory go viral. There were at least 40,000 tweets under the hashtag till Sunday afternoon.

UEFA rebranded the UEFA Cup in 2009, and the tournament’s name was changed to the UEFA Europa League.

Galatasaray is still the only Turkish club to win the European title in football.