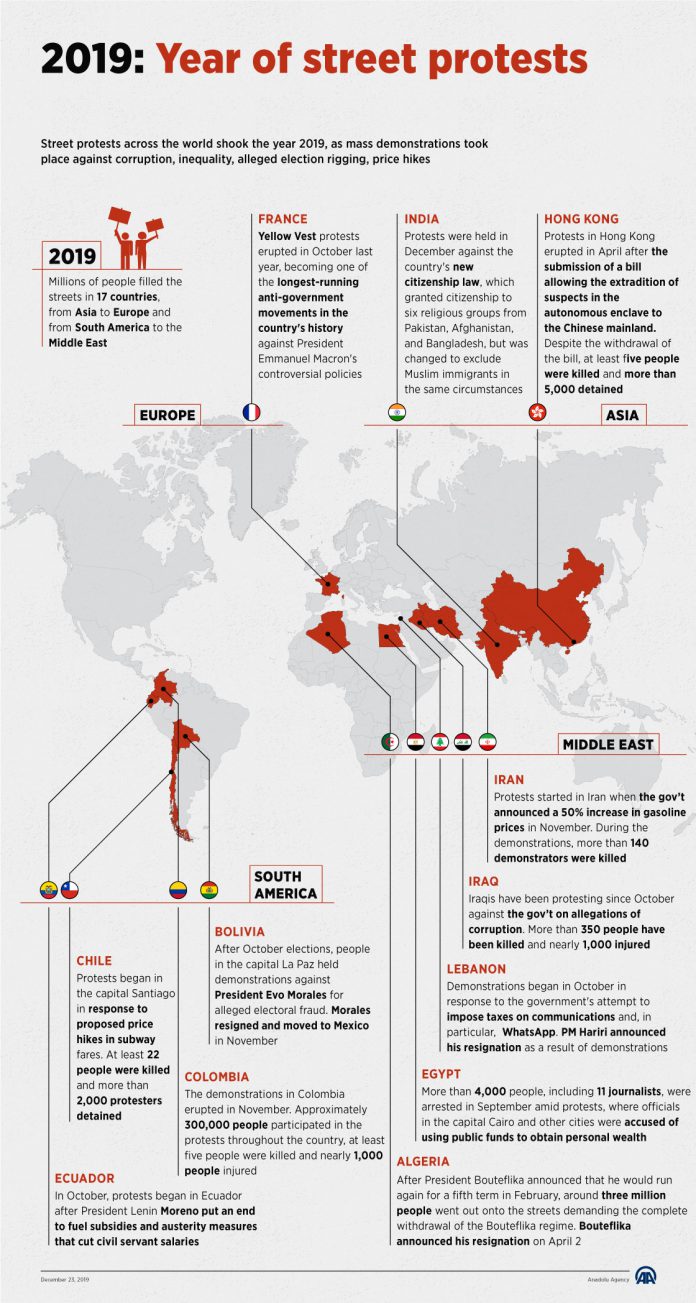 According to data compiled by Anadolu Agency, millions of people filled the streets in 17 countries, from Asia to Europe and from South America to the Middle East. Hundreds lost their lives as still thousands were injured or detained.

Protests in China’s Hong Kong Special Administrative Region erupted in April after the submission of a bill allowing the extradition of suspects in the autonomous enclave to the Chinese mainland. Concerned that the bill may jeopardize