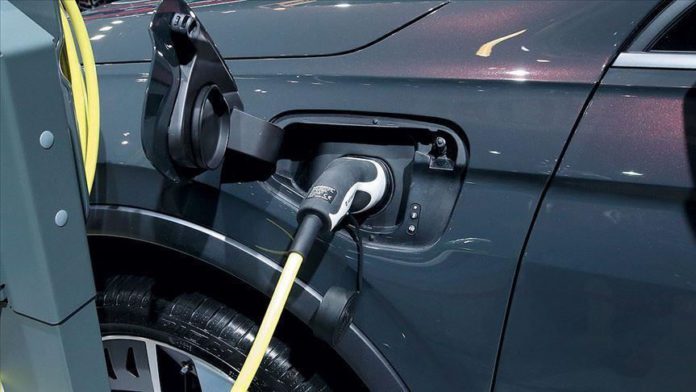 Global sales of electric cars registered a 40% year-on-year increase in 2019 although overall the car market contracted by 15%, according to the International Energy Agency’s (IEA) Global EV Outlook 2020 report on Monday.

In 2010, only about 17,000 electric cars were on the road worldwide, the IEA data showed. With technological progress in the electrification of two and three-wheelers, buses, trucks, electric vehicles are expanding significantly while ambitious climate policies of governments and cost reductions are contributing to the spread of electric cars globally.

China was the biggest market where around 1.06 million electric cars were sold in 2019. Europe was the second-largest electric car market in 2019 with sales of 561,000 followed by the US with 327,000 electric car sales.

From these sales in 2019, nearly half of the world’s electric car fleet, which hit 7.2 million in 2019, was in China with 3.4 million electric cars, Europe had 1.7 million and 1.5 million were sold in the United States by the end of last year.

As the number of electric cars worldwide is increasing, the infrastructure for electric-vehicle charging continues to expand. Last year, there were about 7.3 million chargers worldwide of which about 6.5 million were private.

Policies against COVID-19 to determine future of market

According to the IEA, government responses to COVID-19 will influence the pace of the transition to electric vehicles.

“Many uncertainties characterize the COVID-19 crisis, from the capacity of governments and companies to double-down on transport electrification efforts to what behavioral changes could potentially be expected from the current crisis, including from low oil prices and confinement measures,” the IEA said.

Based on car sales data between January and April 2020, the agency estimates that the passenger car market will contract by 15% over the year relative to 2019, while electric sales for passenger and commercial light-duty vehicles will remain broadly at 2019 levels.

However, second waves of the pandemic and slower-than-expected economic recovery could lead to different outcomes, as well as to strategies for automakers to cope with regulatory standards, the agency warned.

“We currently expect overall car sales in 2020 to be around 15% lower than in 2019, with the largest drops registered in Europe, the United States and China. This represents a historic drop twice the size of the decline that occurred between 2008 and 2009,” the IEA said in the report.

Despite the modest prediction for car sales in 2019, the IEA maintains that electric cars are likely to have a much better 2020 than the rest of the auto industry as they are gradually becoming competitive in some countries on the basis of the total cost of ownership.

Consequently, the IEA foresees that global electric car sales in 2020 will be more resilient than the overall car market, experiencing a substantially lower impact from the pandemic.

“Our central estimate today is for global electric car sales to broadly match or even slightly exceed 2019’s total to reach more than 2.3 million and achieve a record share of the overall car market of more than 3%,” the IEA forecasted.

This would bring up the total number of electric cars on the road worldwide to a new record of about 10 million.

Israeli Embassy in Greece shuts down due to coronavirus