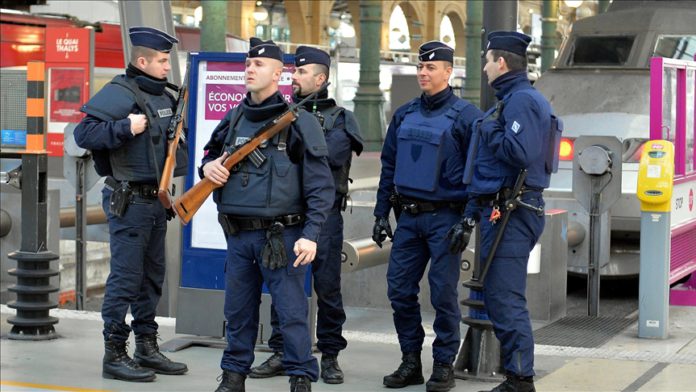 A Special Court in Paris has handed a sentence of life imprisonment to the gunman behind a foiled railway attack in 2015, while three accomplices got from seven to 27 years.

The verdict on Thursday on the Thalys train attack came a day after the judgement in the 2015 attack on the Charlie Hebdo magazine and a Jewish supermarket that left 17 dead over a three-day siege.

Moroccan national Ayoub El-Khazzani, 31, was held guilty of attempted murder, conspiracy to commit a terrorist act, possession of weapons and participating in a terrorist group, with a sentence of 22 years including a safety period.

Khazzani had boarded the Thalys train travelling from Amsterdam to Paris on Aug. 21, 2015 armed with a rifle and automatic pistol on the directives of Abdelhamid Abaaoud, the mastermind of November 2015 Paris attacks, to kill “American soldiers and members of the European Commission.” He had shot two people on the train before he being overpowered by other passengers.

During the trial that began on Nov. 16, Khazzani maintained that he did not intend to commit mass murder.

Bilal Chatra, a young Algerian migrant accused of assisting the Daesh/ISIS operators as a “guide,” was sentenced to 27 years in prison. Mohamed Bakkali, and Redouane El Amrani Ezzerrifi, who had helped with the logistics of the November attacks as well, were sentenced to 25 and seven years, respectively.

The prosecution held that the attack had been planned from Syria by the Daesh/ISIS terror group. Abaaoud, who led the group’s cell in France and Belgium and carried out a series of attacks between 2015 and 2016, had recruited Khazzani.

Spencer Stone, a former US Air Force serviceman, and two of his American friends as well a British passenger had wrestled the armed Khazzani to the ground, preventing a slaughter on the train travelling from Amsterdam to Paris.

The four were celebrated as heroes for their bravery and awarded the country’s highest accolade, the Legion d’Honneur by then-President Francois Hollande.