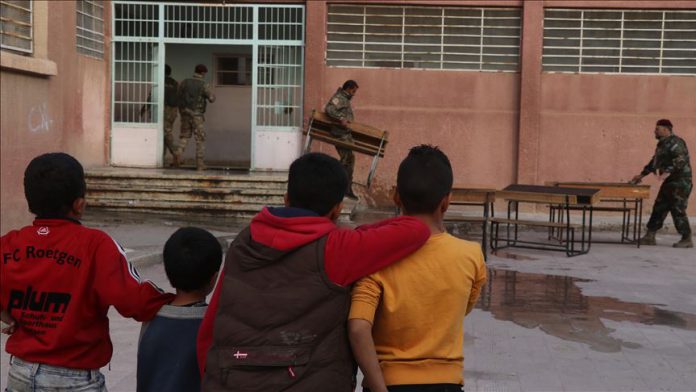 Some 20,000 students deprived of education for many years due to the YPG/PKK terrorist group’s occupation of northern Syria have started filling classes after the area was liberated of terrorists, Turkish officials said Friday.

Students in Tal Abyad and Ras al-Ayn, both cleared of terrorists by Turkey’s anti-terror Operation Peace Spring in northern Syria, began their education in schools renovated under the governor’s office of Turkey’s southeastern Sanliurfa province, bordering Syria, through its Syria Support and Coordination Center (SUDKOM), said a statement by the office.

While 790 teachers and 15,200 students continue their education in 160 schools in Tal