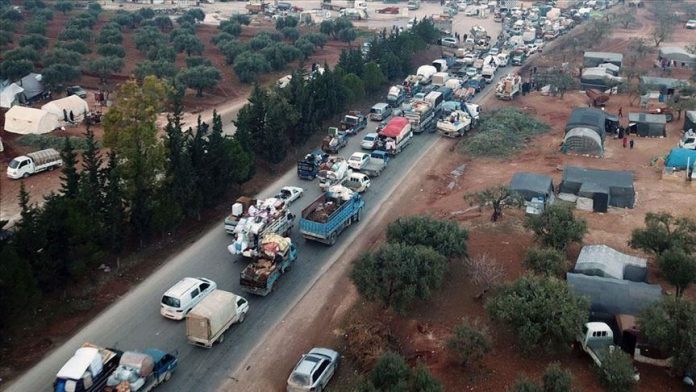 Over 20,000 more civilians have fled Idlib city in northwestern Syria, taking shelter near the Turkish border in recent days, according to the head of Syria’s Response Coordination Group.

Mohammad Hallaj, the director of the group, told Anadolu Agency that the new wave of refugees had come over the past two days, amid bombardment by forces aligned with the Bashar Assad regime despite the area being a de-escalation zone.

Bombing by Russian-backed forces of the Bashar Assad regime in Syria has displaced more than 379,000 Syrians since last November.

Due to the increasing displaced population, the tent camps