TurkishPress
Home News 20-year-long US war in Afghanistan did not bring peace: China 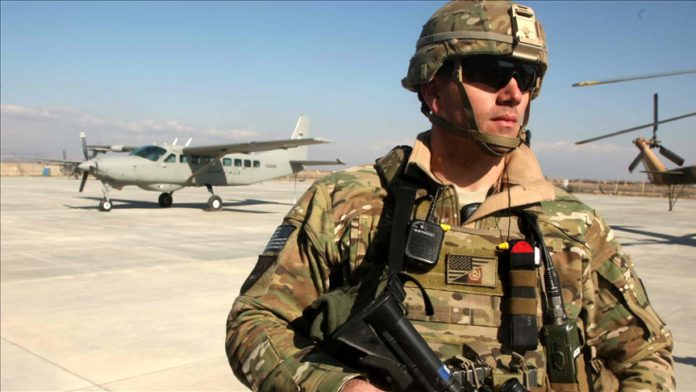 China has said the 20-year-long war by the US in Afghanistan did not bring peace to the country which witnessed killings of tens of thousands of Afghans.

“When the United States withdraws from Afghanistan today, it should reflect on its role in the Afghan issue and consider how to fulfill its due obligations for the reconciliation and reconstruction of Afghanistan,” said China’s Foreign Minister Wang Yi during his visit to Tajikistan.

Addressing a news conference on Tuesday, Wang said: “China’s expectation for Afghanistan’s future is to establish a broad and inclusive regime, pursue a prudent Muslim policy, resolutely combat all terrorism and extreme trends, and commit to friendly coexistence with all neighboring countries.”

Wang said China has three imperatives when it comes to Afghanistan.

“Second, to restart Afghan internal negotiations as soon as possible to achieve political reconciliation, and third, to prevent various terrorist forces from taking the opportunity to sit in Afghanistan,” he added.

Wang said China supports all efforts that are “conducive to the realization of the above-mentioned goals, and is willing to communicate and coordinate with all parties, conduct diplomatic mediation, and provide necessary facilities for this.”

The statement of China’s top diplomat comes as the US and allied forces exit war-torn Afghanistan after fighting the Taliban for two decades.

The US and Taliban signed a deal in February last year, paving the way for foreign forces to withdraw from Afghanistan, the release of prisoners, removal of the Taliban leaders from the terror blacklist, and international support to rebuild the country.

The exit of foreign forces has led the Taliban to mount pressure on the Kabul administration with many districts falling to them.

Besides taking over district administrations, the Taliban have been continuing with their diplomacy as their delegations recently visited Iran and Russia.

Referring to the Taliban as a “main military force in Afghanistan,” the Chinese top diplomat said: “The Taliban should be aware of their responsibility to the country and nation, resolutely draw a line with all terrorist forces, and return to the political mainstream of Afghanistan with a responsible attitude towards the country and people.”

He, however, added: “The Afghan government has done a lot of work to maintain Afghanistan’s national unity, social stability, and improvement of people’s livelihood, which should be given a fair evaluation.”

Wang’s assertions come as the Taliban have signaled positive relations with Beijing, calling China a “friend.”

“We welcome them (China). If they have investments, of course, we ensure their safety. Their safety is very important for us,” Taliban spokesman Suhail Shaheen said in a recent interview.

“We have been to China many times and we have good relations with them,” he said. “China is a friendly country that we welcome for reconstruction and developing Afghanistan,” he added, assuring neighboring countries that Afghanistan will not allow the use of its soil against them.