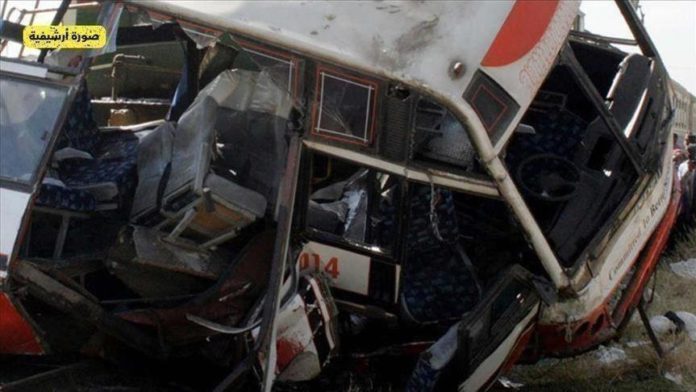 At least 20 people were killed in a deadly road accident in southern Egypt on Wednesday, the Ministry of Health said.

The ministry said in a statement that 36 ambulances were dispatched to the accident, which took place as a bus and a truck collided on the eastern desert road in Assiut province.

The accident resulted in the death of 20 people and the injury of three others, who were taken to hospitals.

Local media, including Youm7 daily newspaper, reported that “a team from the Public Prosecution office has started an investigation into the accident to find out its cause”.

Traffic accidents take place in Egypt due to high speed and lack of safety standards, according to the official Central Agency for Public Mobilization and Statistics, amid government efforts to open new roads and expand highways to help reduce accidents.

Riots in Athens marks memorial for boy killed by police