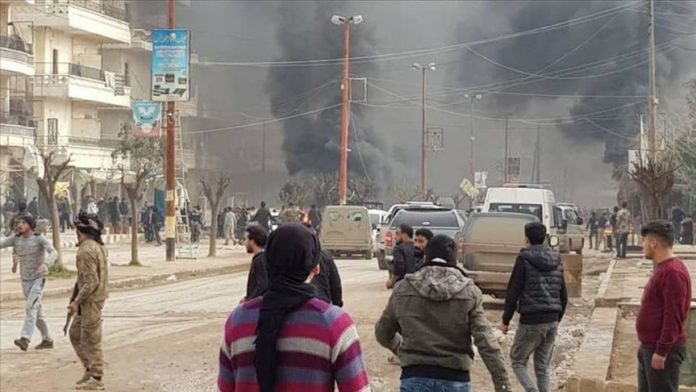 At least 20 civilians were killed and dozens injured on Tuesday in a terrorist attack using a fuel tanker armed with bombs in northwestern Syria, according to local security sources.

YPG/PKK terrorists are suspected of being behind the attack in the Afrin province, said the sources, who asked not to be named due to restrictions on speaking to the media.

Many buildings were damaged on Raju Street where the fuel tanker exploded, and medical personnel took the wounded to hospitals in the center of Afrin, they added.