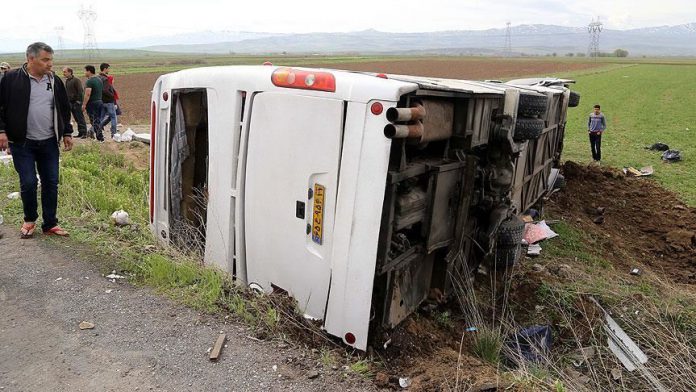 At least 20 people were killed after a passenger bus rolled over in northern Iran, according to the country’s state-run TV network on Thursday.

Press TV reported that the incident occurred while the bus was traveling from the capital Tehran to Gonbad-e Kavus in Mazandaran province, injuring 23 others.

The injured were taken to nearby hospitals for treatment.

Approximately 20,000 people die in traffic accidents in Iran yearly. Improper passing and inappropriate speeding are the main reasons for the crashes in the country.