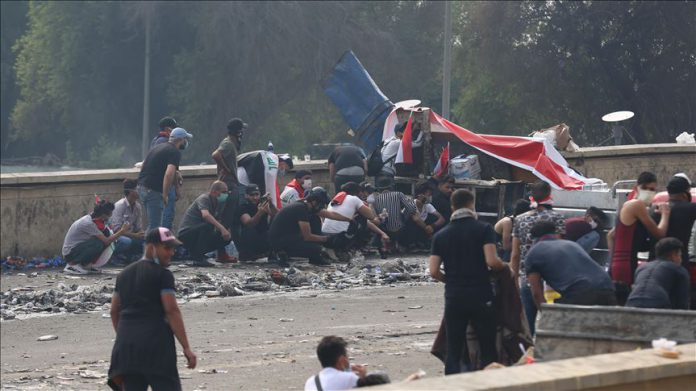 At least 20 demonstrators were killed and more than 600 others injured Tuesday when Iraqi forces attempted to break a protest camp in the southern city of Karbala, according to local media.