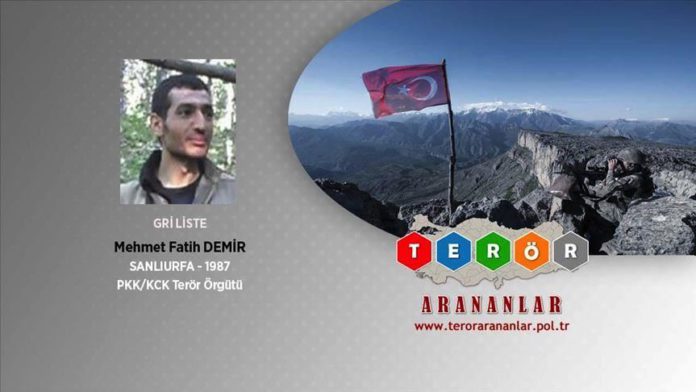 In a separate operation in the eastern Agri province, wanted terrorist Ozer Ince, codenamed Piro Serhat, was “neutralized” by the Turkish Gendarmerie, the ministry said.

Ince, one of three terrorists neutralized in the operation this Tuesday, was on the Interior Ministry’s list with a bounty of 500,000 Turkish liras ($69,000).

In its more than 30-year terror campaign against Turkey, the PKK – listed as a terrorist organization by Turkey, the US and the EU – has been responsible for the deaths of nearly 40,000 people, including many women, children, and infants. The YPG is the PKK’s Syrian branch.