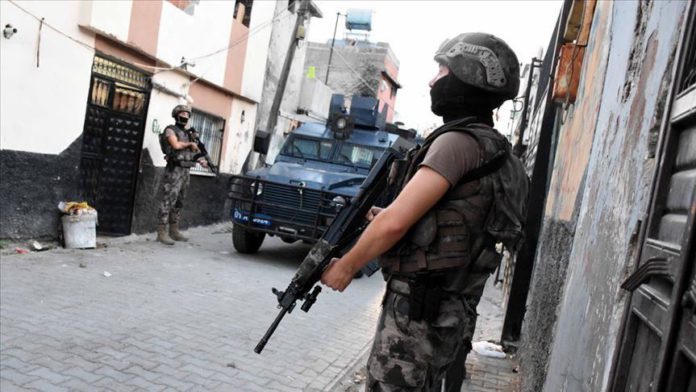 Two women, both Russian citizens, who were wanted by Interpol for being members of the Daesh/ISIS terrorist group, were arrested in Turkey’s southeast in a joint operation by Turkish security and intelligence units on Friday.

After being tipped off that a group of terrorists from Syria’s war zones were entering Turkey illegally, an operation was conducted in coordination with the prosecutor’s office in Kilis province.

In the joint operation by police and the National Intelligence Organization, two women were apprehended in the central district of Kilis.

The suspects were identified by the initials S.K (29) and R.E. (33), who are Russian citizens from the Chechen origin.

After completing security checks, the suspects were sent to the provincial immigration office, with a decision by the prosecutors.