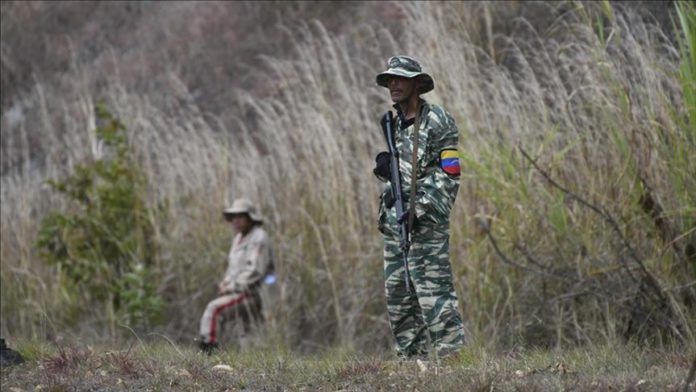 Two Venezuelan soldiers were killed and nine others were injured when a land mine exploded during operations against armed groups along the Colombian border, Venezuelan Defense Minister Vladimir Padrino Lopez said Thursday.

Lopez reported that during the confrontations, the military was able to detain over 30 Colombian criminals and deactivate six explosives that were placed on highways in the area.

“A total of nine terrorists were neutralized, 31 detainees were placed under the order of the Military Court with a custodial measure, six explosive devices were deactivated on highways in the area, nine camps were destroyed, including one used for the processing of cocaine paste, and weapons and communication and computer equipment as well as chemical precursors were seized,” said Lopez.

As a result of these confrontations, over 3,000 Venezuelans have left the area, crossing the border to Colombia.

The situation has exacerbated the already strained relationship between the governments of the two countries.

Lopez has denounced the “acquiescence” with which the Colombian government has acted against the irregular groups.

Colombian President Ivan Duque has meanwhile accused the government of President Nicolas Maduro of sheltering dissidents of the FARC and ELN guerrilla groups.

Both governments have denied such allegations.