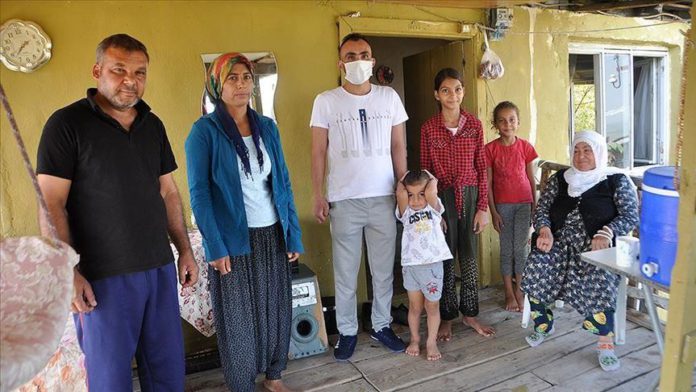 Two Turkish workers, who were stranded for months in Libya, reunited with their families on Sunday.

Yusuf Gurun and Vahit Kiraz, who remained in Sirte, a city controlled by warlord Khalifa Haftar, were rescued last week.

They were handed to Gurkan Gurmericliler, Turkey’s chief consul in Misrata, and later arrived in home town Adana to meet their families.

The reunion became a scene of emotional moments as their loved ones welcomed them. The workers thanked Turkish officials for their endeavors.

Kiraz said he stayed in a closed room for nearly eight months, without seeing daylight.

Gurmericliler told Anadolu Agency that the workers were rescued due to efforts by the Turkish embassy, in coordination with the Libyan Red Crescent and Turkey’s Humanitarian Relief Foundation.

Libya has been torn by a civil war since the ouster of Muammar Gaddafi in 2011. The country’s new government was founded in 2015 but efforts for a long-term political settlement have failed so far.

Condolences messages pour in for Turkey