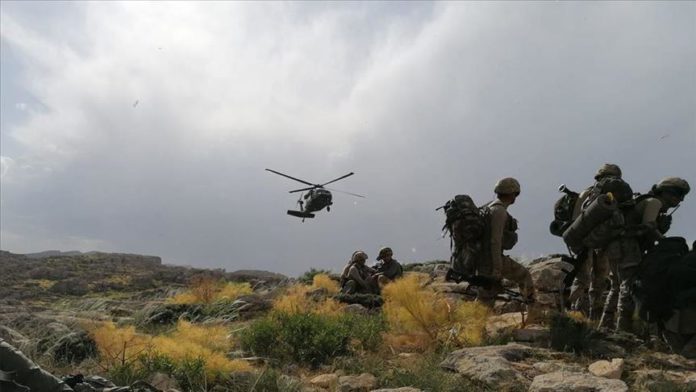 As part of Operation Yildirim-2 Cilo, the terrorists were targeted in an air-backed operation by the local gendarmerie command and the provincial security directorate in Hakkari province, the ministry said in a statement.

This summer, Turkey launched a series of security operations to neutralize terrorists believed to be hiding in east and southeast.