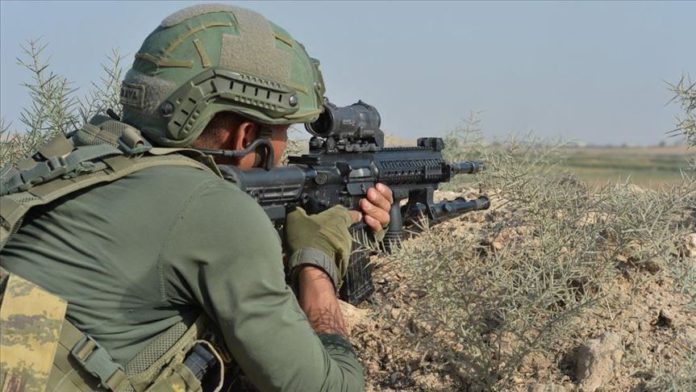 Two terrorists responsible for the killing of innocent civilians were neutralized in an aerial operation in eastern Turkey, said Turkey’s interior minister on Tuesday.

The terrorists were spotted by a drone and then neutralized in an air-backed operation in the Agri province, said Suleyman Soylu on Twitter.

Three other terrorists, who played a part in the killing of the same civilians were neutralized earlier, he added.