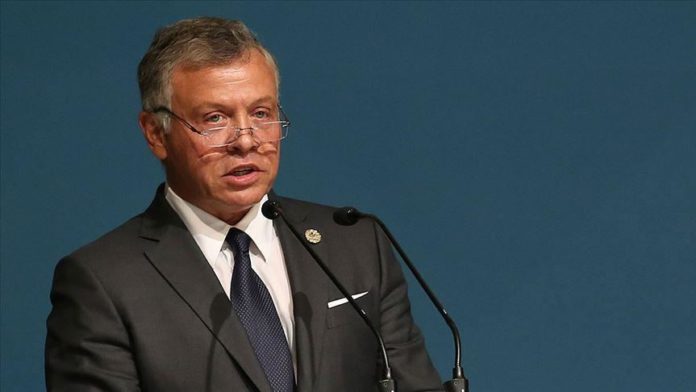 Jordan’s King Abdullah II said Tuesday that a two-state solution is the only way to end the conflict between Palestine and Israel.

“The Palestinian-Israeli conflict is the only conflict that started with the establishment of United Nations and still being exacerbated to this day,” Abdullah said while addressing a virtual 75th session of the UN General Assembly.

“The only path towards a just and permanent peace must result in establishing the sovereign and independent Palestinian state that is liveable and on the borders of the 4th of June 1967 with Eastern Jerusalem as its capital and to live in security and peace beside Israel,” he said.

The king also said that there will not be an end to the conflict without preserving Jerusalem as a city for peace to all mankind.

The General Assembly meetings opened Sept.15 and are scheduled to conclude Sept. 29.