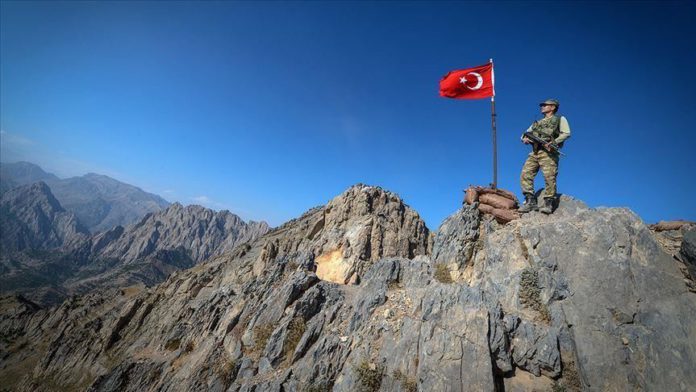 Two Turkish soldiers have been martyred in an anti-terror operation in eastern Turkey, the country’s Defense Ministry said on Saturday.

The soldiers were injured in a clash with terrorists in Agri province, bordering Iran, and succumbed to their wounds at a hospital, the ministry said in a statement.

The ministry extended condolences to the Turkish nation over the soldiers’ martyrdom.

Since mid-July, Turkey has launched a series of security operations to neutralize terrorists believed to be sheltering in the country’s eastern and southeastern regions.

In its more than 30-year terror campaign against Turkey, the PKK – listed as a terrorist organization by Turkey, the US and the EU – has been responsible for the deaths of nearly 40,000 people, including women, children, and infants.