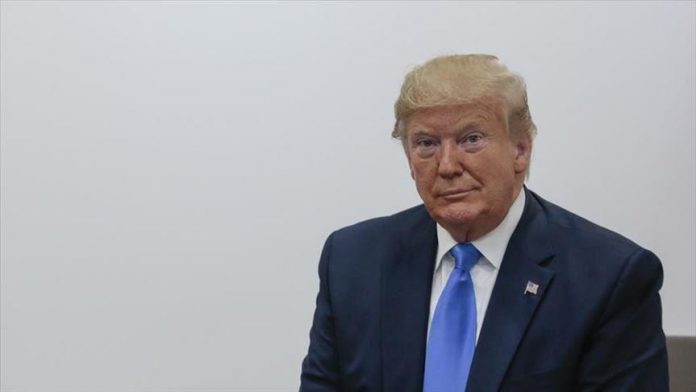 There are two sides to the story behind Turkey’s purchase of Russian S-400 air defense systems, said U.S. President Donald Trump during a bilateral meeting with his French counterpart ahead of a NATO summit in London.

Trump reiterated that the fault lay with the Obama administration as it “did not let Turkey” purchase Patriot missiles used by NATO members, resulting in Ankara reaching a deal to buy the S-400s instead.

His comments came after the French President Emmanuel Macron criticized Turkey’s procurement of the S-400s.

Trump was seen laughing when Macron said “it is technically not possible” for Turkey to integrate S-400s to the NATO system.

Trump added that U.S. has “great relations with Turkey.”

In April 2017, when its protracted efforts to buy an air defense system from the U.S. proved fruitless, Turkey signed a contract with Russia to acquire the S-400 shield.

Opposing deployment of the Russian system, U.S. officials claimed that they would be incompatible with NATO systems and would expose its F-35 jets to possible Russian subterfuge.

Turkey also proposed a commission to clarify any technical issues, but the U.S. has failed to respond.

Ankara has also rebuffed suggestions from U.S. leaders that it leave the Russian S-400 system unactivated in order to avoid possible U.S. sanctions.

The S-400 is seen as one of the most advanced missile systems in the world, capable of tracking several targets simultaneously.