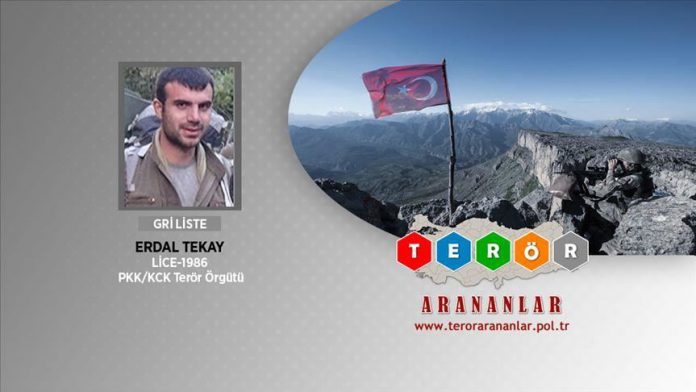 The terrorists were neutralized during operations on Dec. 7-8 in the eastern Mus province, the ministry said in a statement.

Among the terrorists was Erdal Tekay, codenamed Zinar Amed, who was a regional operative of the terror group and sought in the grey category of the Interior Ministry’s wanted list with 300,000