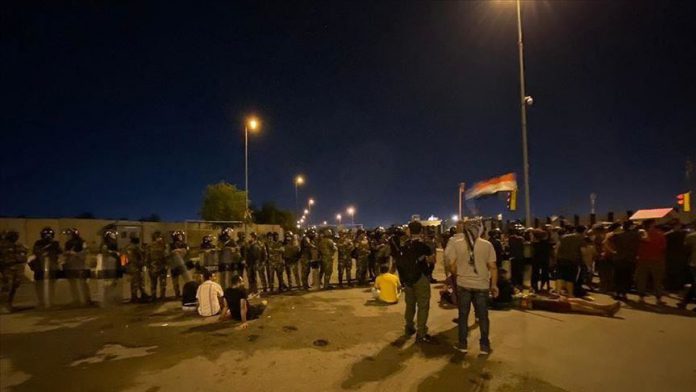 At least two people were killed and dozens injured in protests which erupted Friday near Baghdad’s fortified Green Zone, according to a medical source.

An Iraqi security source who asked not to be named said the police used force to disperse protesters who entered the Green Zone, which houses key government buildings and foreign embassies.