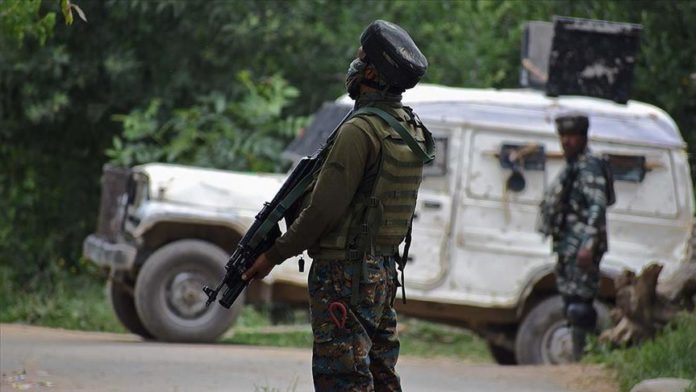 Just a day ahead of India’s Independence Day on Saturday, two policemen in Indian-administered Jammu and Kashmir were killed while another was injured in a militant attack.

The police said on Friday that suspected militants fired upon a police party deployed near Nowgam bypass on the outskirts of Srinagar early morning, critically injuring three police personnel who were moved to a police hospital.

“Two injured policemen, Ishfaq Ayoub and Fayaz Ahmed, died while Constable Muhammad Ashraf is being treated,” an official from the regional police department told Anadolu Agency on condition of anonymity.

“The area has been cordoned off to nab the attackers,” said the police official.

Vijay Kumar, the regional inspector general of police, said the attack was carried out by the Jaish-e-Muhammad militant outfit and the attackers have been identified and will be neutralized soon.

The attack occurred just a day before India’s Independence Day after the regional administration beefed up multi-layer security arrangements and increased frisking operations across the region.

“The deployment of police and paramilitary troopers has been strengthened at many places to thwart any untoward incident,” another official from the administrative department of the region, told Anadolu agency.

Amid the COVID-19 pandemic, the administration Thursday asked the government employees to attend the “customary functions” to be held on Independence Day in the region.