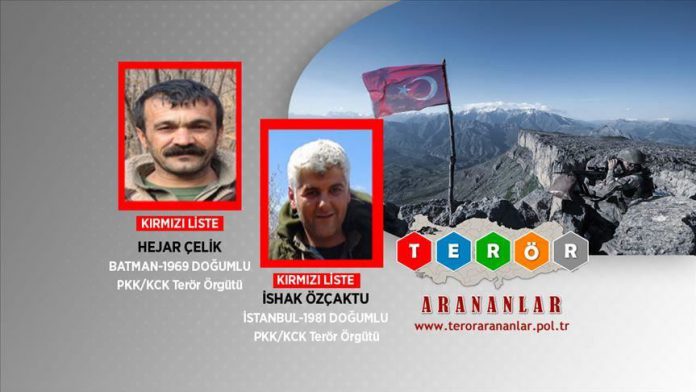 Neutralized in a domestic anti-terror operation in July, two PKK terrorists were revealed to be on Turkey’s most-wanted list, the Interior Ministry said on Thursday.

The two terrorists — listed on the red category naming most-wanted of the Interior Ministry — were sought with 4 million Turkish liras ($696,360) bounty on their head each.