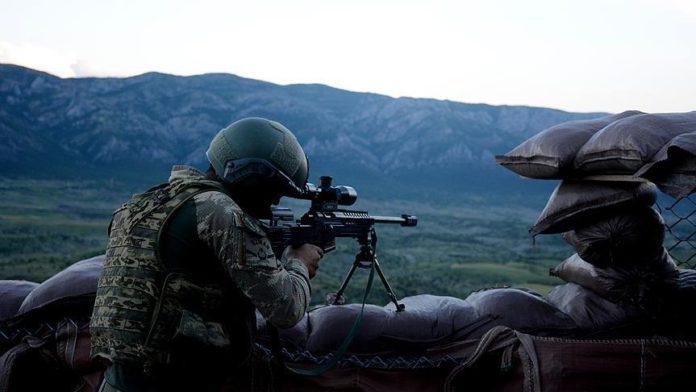 Turkish security forces on Wednesday neutralized two PKK terrorists, including one who was wanted, the country’s interior minister announced.

Suleyman Soylu said on Twitter that the terrorists had martyred five Turkish foresters on April 8, 2020, and gendarmerie personnel Mehmet Celik on Jan. 9, in the southeastern Diyarbakir province.

They were neutralized as part of Turkey’s internal anti-terror operation in Diyarbakir.

One of the terrorists was wanted in the orange category of the Interior Ministry’s list of wanted terrorists, which is divided into five color-coded categories, with red as the most wanted, followed by blue, green, orange and gray.

Turkish security forces often use the term “neutralize” to denote the terrorist in question either surrendered or was captured or killed.

Omicron surge pushes Japan’s daily infections to highest in over 4...