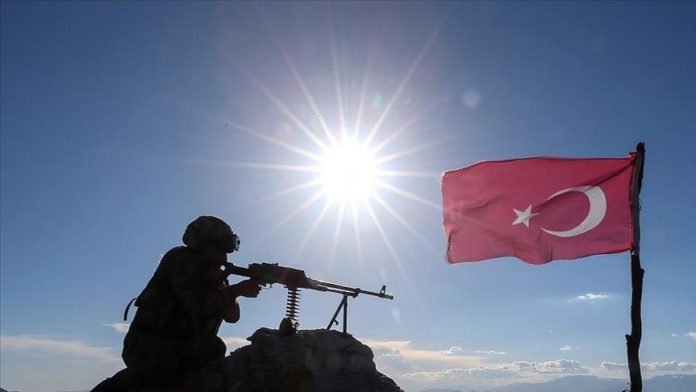 The terrorists were “neutralized” in an operation supported by unmanned aerial vehicles in the Yuksekova district of Hakkari province as part of the Operation Eren-14, said the ministry.

The ministry further said the operation continues in the region.

Weapons and ammunition were also seized in the operation, according to a local governorate statement.

Operation Eren, named after Eren Bulbul, a 15-year-old who was killed by the terrorist PKK on Aug. 11, 2017, began in January with the aim of eliminating terrorism in the country.

In its more than 35-year terror campaign against Turkey, the PKK – listed as a terrorist organization by Turkey, the US, and the European Union – has been responsible for the deaths of 40,000 people, including women, children, and infants.​​​​​​​