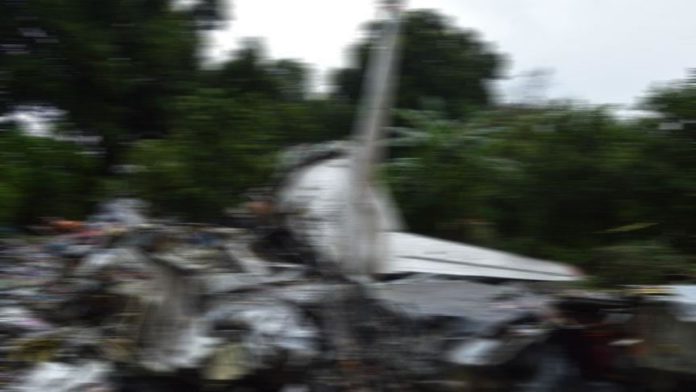 At least 18 people are dead, including two pilots, after an Air India Express plane skidded off a runway while landing in southern India, K Gopalakrishnan, a top administrative officer told Anadolu Agency.

“Emergency Response team members as well as Special Assistance Team members (Angels of Air India) have been pressed into service from Cochin, Mumbai and Delhi to render all possible assistance to the passengers as well as to the family members,” it said.

“A special relief flight has been arranged from Mumbai and Delhi for rendering humanitarian assistance to all the passengers and the family members,” it said, adding that a passenger information center is available for family or friends of those who may have been on board flight IX-1344.

The plane with 190 people onboard skidded off the runway at the Kozhikode International Airport Kerala late Friday amid rainfall.

Local authorities said the number of injured is more than 100 and are being treated at different hospitals.

A total of 174 passengers, 10 infants, 2 pilots, and four cabin crews were on the aircraft. After the crash, the plane broke into two pieces and a massive rescue operation was launched, which finished around midnight.

The civil aviation ministry said a formal enquiry will be conducted into the accident.

Only Mexico can prosecute nationals, not others: FM