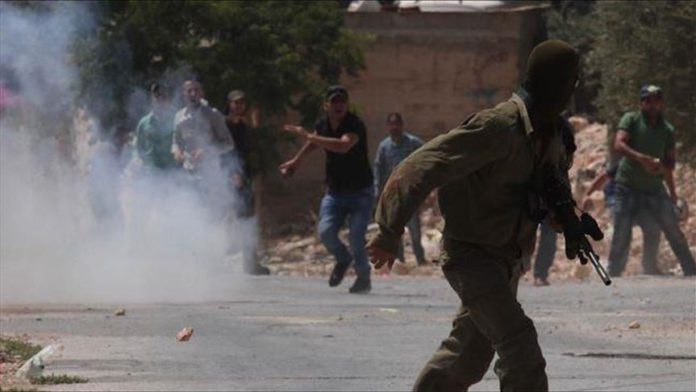 Two Palestinian farmers were injured Tuesday in a settler attack in the occupied West Bank, according to a local official.

Dozens of farmers and volunteers were harvesting olives in the town of Burqa, east of Ramallah, when they were attacked by settlers under the protection of Israeli army, Walid Assaf, the head of a local committee against the construction of Israeli settlements in the West Bank, told Anadolu Agency.

He said two farmers were injured and taken to hospital for treatment.

On Monday, five Palestinian farmers were injured in a similar settler attack.

The olive harvest season in the West Bank usually witnesses attacks by Israeli settlers, who seek to prevent Palestinian farmers from reaching their farmlands in the occupied territory, according to Palestinian officials and local residents.