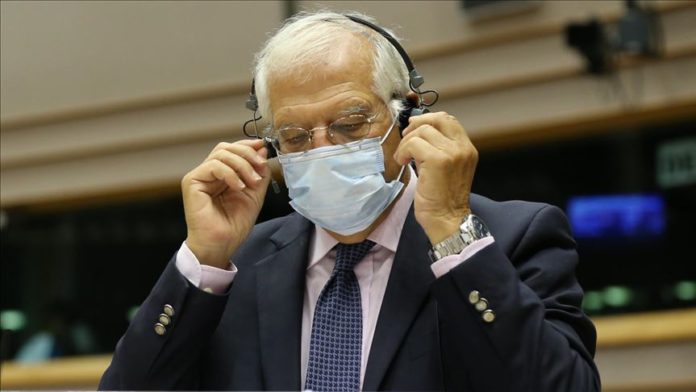 After contact with people who tested COVID-19 positive, two more top EU officials have gone into self-isolation, they announced on Twitter.

“I was informed this afternoon that a member of the delegation travelling with me and Janez Lenarcic to Ethiopia last week has tested positive for coronavirus. I tested negative upon my return on Sunday,” EU foreign policy chief Josep Borrell wrote on Twitter late Tuesday.

“I am self-isolating” pending a second test, he added.

Lenarcic, the European commissioner for crisis management, later tweeted that he was informed “a member of my team, who was not on a mission to Ethiopia end of last week,” had tested positive, adding that he put himself into self-isolation and was working from home, with no symptoms.

Lenarcic added that he had been tested before and after the Ethiopian visit and was negative both times.

Seemingly addressing the contradiction over whether both officials had contracted the virus from a team member during the Ethiopian trip, Balazs Ujvari, another spokesman, later said Borrell and Lenarcic were two “distinct cases but same crucial precautions: self-isolation and tests.”