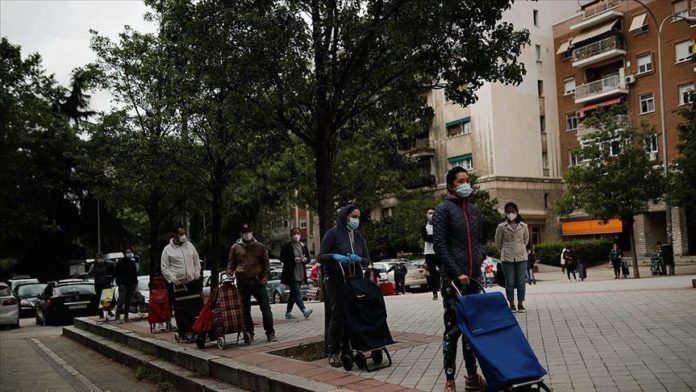 Two more Spanish towns are being cordoned off due to growing novel coronavirus outbreaks, as the Ministry of Health reported nearly 9,000 new infections on Tuesday.

Over the last two weeks, 110,996 new infections have been diagnosed — a number that keeps on ballooning.

The last two weeks account for more than 20% of all the cases confirmed in Spain since the pandemic began.

In the hard-hit region of La Rioja, the town of Alfaro was confined after authorities detected 264 active cases in a population of less than 10,000. The region’s bars, restaurants, and hotels have also been shut down.

The town of Ejea de los Caballeros in Aragon, with around 16,000 people, will also close its borders to all but essential travel on Wednesday, officials announced Tuesday. It has a two-week infection rate of more than 800 per 100,000 people — nearly tripling the average of the rest of Aragon.

Yet, several Spanish towns and neighborhoods with even higher infection rates remain open. The overall infection rate in Madrid is 543 — though the viral spread is not evenly distributed and is most concerning in some working-class neighborhoods.

In Madrid, nearly 18% of all hospital beds are now occupied by COVID-19 patients. Nationwide, hospital occupancy has risen from 6% to 8% in just one week.

Both unions and health authorities in the southern region of Murcia are warning of the “imminent collapse” of some hospitals in the area.

Deaths in Spain continue to trend upward. On Tuesday, 78 more fatalities were reported over the past day, bringing the total to 29,594.

Despite awareness of COVID-19, high levels of community transmission mean it is again making its way into vulnerable nursing homes.

On Tuesday, the local government of Galicia announced it was intervening in one nursing home after 144 out of 184 residents tested positive.