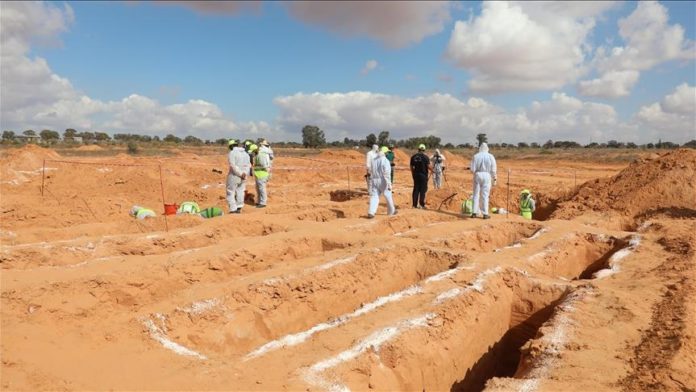 Abdelaziz al-Ja’fari, spokesman for the General Authority for Research and Identification of Missing Persons, said the two graves were discovered in Mashru’a Alrabet area in Tarhuna, a former stronghold of eastern warlord Khalifa Haftar’s forces.

He, however, did not specify how many bodies were exhumed from the graves.

According to official Libyan sources, Haftar’s forces and affiliated militias committed war crimes and acts of genocide in the period between April 2019 and June 2020.

Since June, following the defeat of Haftar’s forces in western Libya, the Libyan government found around 300 dead bodies in mass graves in Tarhuna and south of Tripoli.