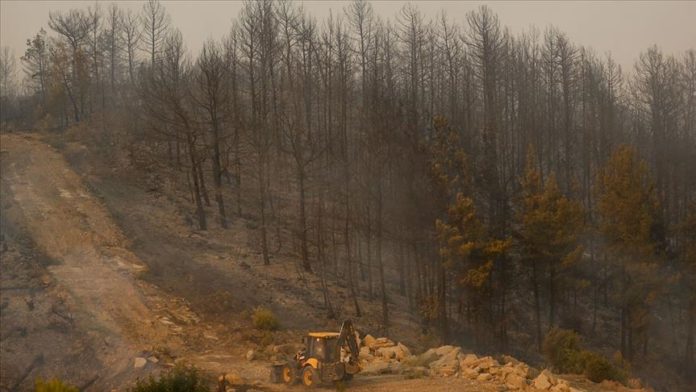 Two others injured by the raging blazes in Antalya’s Manavgat district were evacuated and taken to a local hospital, said the sources, who asked not to be named due to restrictions on speaking to the media.

“We lost our two heroic brothers involved in fighting the fires as martyrs. Our pain is immense. May their place be heaven,” Bekir Pakdemirli, Turkey’s agriculture and forestry minister, said on Twitter.

He wished for patience for the families and loved ones of the victims.

The fires in Manavgat had affected at least 275 people as of Friday afternoon, according to official data.