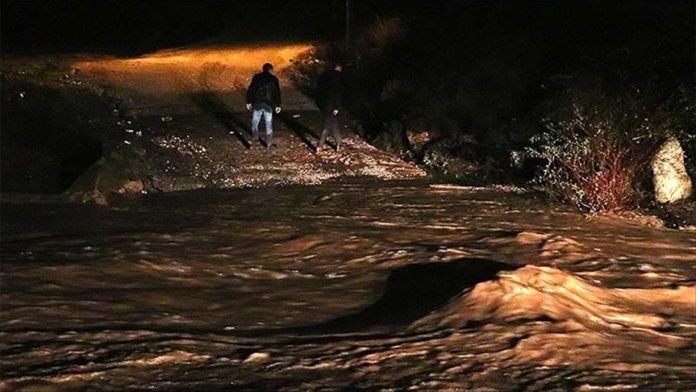 Due to heavy rainfall, a stream in the Menderes district of Izmir province overflowed and the vehicle carrying five people started drifting away as it attempted to cross the stream, said the source who asked not to be named due to restrictions on speaking to the media.

While three of them were able to save themselves, two went missing in flood waters. Rescue teams found the vehicle nearly 800 meters (2,624 feet) away from the scene.

Nets come back from 28-point deficit to beat Knicks in New...