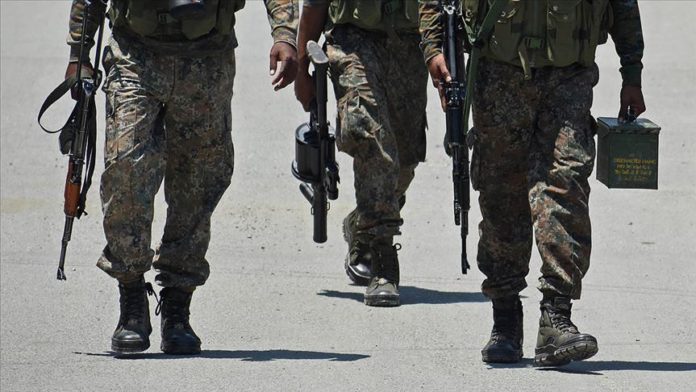 Two militants were killed in a gunfight with government forces in Indian-administered Jammu and Kashmir on Saturday, police said.

Three Indian soldiers, including a junior commissioned officer, were also injured in the shootout, a police source told Anadolu Agency, requesting anonymity due to restrictions on speaking to the media.

The gunfight broke out during a cordon-and-search operation in the Arrah area of Kashmir’s southern Kulgam district.

“One militant was killed during the initial exchange of fire. We tried to persuade the other militant to surrender but he refused and was shot dead,” the police source said.

Other local sources told Anadolu Agency that protests have started in the area against the militants’ killing.

Despite multiple calls for a cease-fire, violence continues unabated in the disputed Himalayan region.

Police sources say more than 120 militants have been killed in the region this year.

According to a report by the Jammu and Kashmir Coalition of Civil Society (JKCCS), at least 143 militants and 32 civilians have been killed in Indian-administered Jammu and Kashmir in 57 encounters from Jan. 1 to June 30.