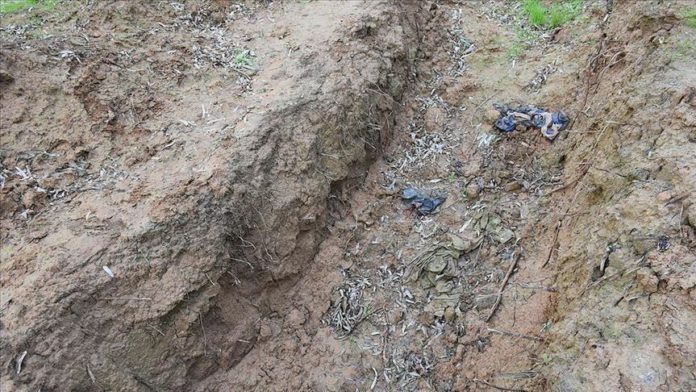 Remains of dozens of unidentified victims of the 1994 Rwandan genocide against the Tutsi ethnic group have been found in Nyarugenge district, on the outskirts of Rwanda’s capital Kigali.

Two mass graves have been unearthed in the backyard of a residential house belonging to a former member of the notorious Interahamwe militia group, which played a central role in the genocide.

The remains of more than 100 people have been exhumed so far, said Masengo Rutayisire, the head of IBUKA, an umbrella body of genocide survivors’ associations in the district.

“The victims seem to have been killed at a roadblock, which was staged in the area and manned by a member of the militia group, François Simbizi, a few meters from his home.”

Simbizi was convicted of genocide crimes, and died in prison while serving his sentence.

Bodies of the genocide victims are still found in different parts of the East African country, more than two decades after the massacre due to limited information on where they were dumped, which undermines the reconciliation process, according to Masengo.

The latest report of Rwanda’s National Commission for the Fight against Genocide showed that in 2018-2019, the remains of 118,049 victims were discovered.

About one million Tutsi and moderate Hutus were killed during the mass murder within a period of 100 days.

Two new countries emerged in 1962 — Rwanda, dominated by the Hutus who farmed crops, and Burundi by the Tutsis who tended livestock. Class divisions turned into ethnic tensions and fighting, which have flared on and off since then.