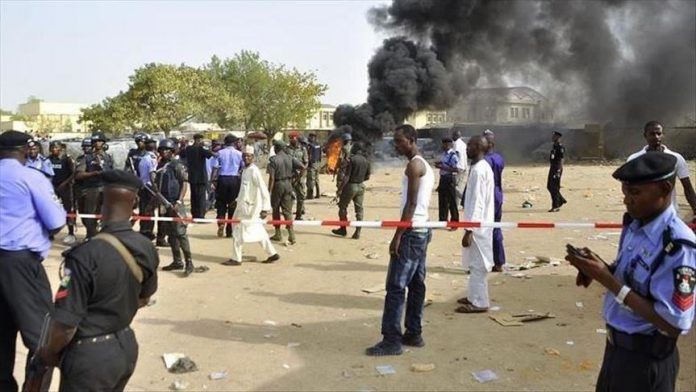 At least two people were killed and five injured when two suicide bombers detonated their explosives at a crowded area in Maiduguri in northeastern Nigeria late Thursday.

A police spokesperson said the suicide bombers, both of them female, were stopped by security personnel while attempting to enter the area.

“Upon resistance, they hurriedly detonated their improvised explosive devices (IED), killing two people besides themselves,” Edet Okon said in a statement.

Five other people were also injured in the attack, who were taken to Maiduguri Teaching Hospital.

The crime scene had been cordoned off by the bomb disposal squad,