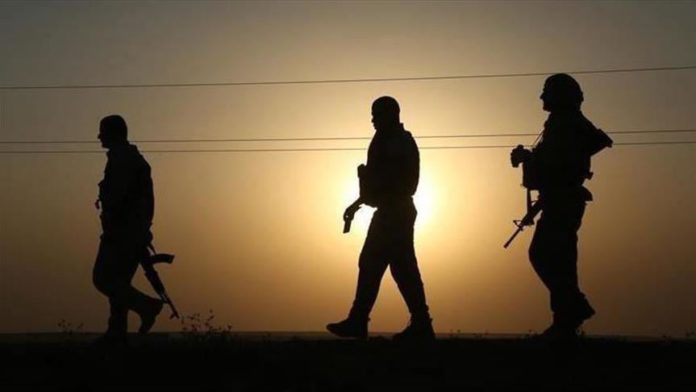 Two key regional police commanders were killed in Afghanistan on Sunday as differences continue to hinder the fragile peace process.

Shah Mohammad, a police spokesman in Paktika province, told Anadolu Agency that Darya Khan Talash, a commander for Sarobi district in the province, and two of his guards were targeted in a landmine blast.

Taliban claimed responsibility for the attack in a statement.

Meanwhile, in the neighboring Zabul province, Sahib Jan, the police chief for Nawbahar district, got killed in a similar attack claimed by the insurgents.

Violence has increased in the war-torn county in recent months. Latest figures by the Afghanistan Independent Human Rights Commission suggest that in the first six months of 2020, a total of 1,213 civilians were killed and 1,744 injured in 880 attacks.

The Afghan peace process hinges on the prison swap, which was agreed in a landmark deal between the Taliban and Washington this February.

The Afghan government was expected to free some 5,000 Taliban prisoners in return for around 1,000 captive security forces by March end.

So far, according to Javed Faisal, spokesman for the National Security Council, Afghan authorities have released 4,019 Taliban inmates.

The Taliban, however, he added, have barely released half of the agreed number of hostages.

“There are 592 convicted Taliban prisoners on their list of five thousand that have committed serious crimes such as drug trafficking, abducting citizens, sexual assault, stoning of women, and assassinations, among others,” Faisal told Anadolu Agency.

The insurgents, on the contrary, warned the government “not to create hurdles” in the peace process.

“The completion of the prisoner exchange is one of the most fundamental issues of this process, on top of which an end must also be put to violations which have seen an uptick in recent days,” the group’s al-Emarah propaganda site said.