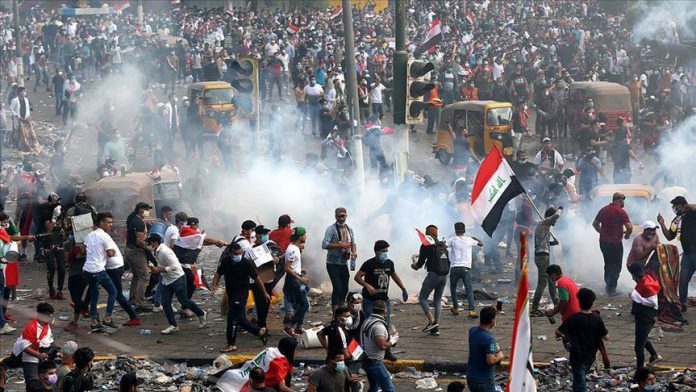 Two people were killed in Monday’s clashes between protesters and security forces near Iraq’s main Gulf port Umm Qasr, according to an Iraqi medical source on Tuesday.

“Two protesters were killed and 12 others injured in the violence,” the source said on condition of anonymity because he was not authorized to speak to the media.

Security forces used live ammunition and teargas canisters to disperse the protesters and reopened the port, according to witnesses.

Receiving the main bulk of Iraq’s imports of grain and sugar, the port had been closed by protesters since Wednesday.

Iraq has been rocked by a