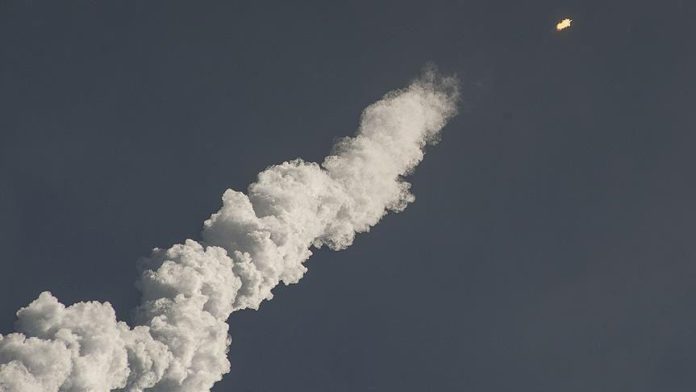 A missile struck a number of workshops in the southern Jazan region, Mohammad al-Hammadi, a spokesman for the Saudi Civil Defense, said in statements cited by the state news agency SPA.

Two Sudanese and Bengali residents were injured in the attack, he said.

Meanwhile, Saudi air defense intercepted another missile fired by Houthi rebels towards the southern Asir province, the Saudi-led coalition said in a statement.

Material damage was reported in the attack.

Earlier Monday, the United Arab Emirates (UAE) said it had intercepted and destroyed two ballistic missiles fired by Houthi rebels towards its territory.

Houthi rebels, who overran much of Yemen in 2014, regularly carry out rocket and drone attacks on Saudi territories and recently on the UAE, saying they are a reaction to the Saudi-led coalition’s assault on Yemen.

The 7-year conflict in Yemen has caused one of the world’s worst man-made humanitarian crises, with nearly 80% or about 30 million people needing humanitarian assistance and protection, and more than 13 million in danger of starvation, according to UN estimates.