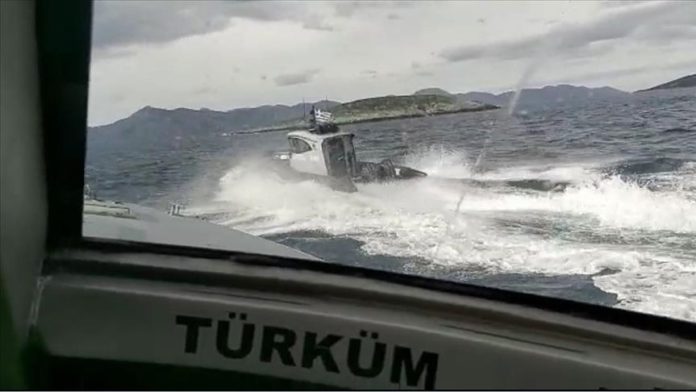 At 10.03 a.m. (0703GMT) Wednesday, the boats breached Turkish territorial waters in the Kardak Cliffs area — an area between Greece and Turkey in the Aegean Sea, the Turkish Coast Guard Command said on Twitter.

“The Greek elements, which do not have limits in violation of international law, constantly push irregular migrants back into Turkish territorial waters. They were driven out of our territorial waters, which they also violated this time,” it said.

The Greek boats were removed by prevention maneuvers that saw the boats rub against each other, said the command.

Turkey said its Coast Guard is on a 24/7 mission to ensure the safety and security of Turkish seas.