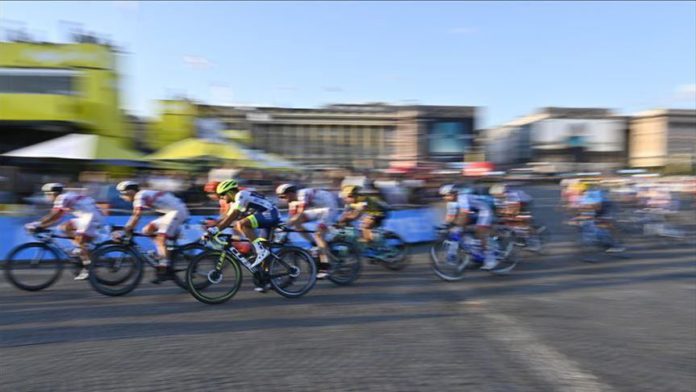 French police made two arrests on Tuesday over a doping investigation on members of the cycling team Arkea-Samsic which is competing in this year’s Tour de France.

The probe is specifically looking into the entourage surrounding team leader Nairo Quintana who finished the race on Saturday in 17th place.

Those in custody are from the team’s medical squad found in possession of drugs and equipment that could be used for doping.

Freddy Abella, a Colombian, is the personal doctor of Quintana and present only for the Tour de France.

Mikel Otero, a Spaniard physiotherapist, had worked with Quintana on his previous team, Movistar.

According to reports in Franceinfo, a raid was made last Wednesday at the hotel where the team was staying in the town of Les Allues, in the Auvergne-Rhones-Alpes region.

The bedroom of Quintana, his brother Dayer, and fellow Colombian team member Winner Anacona were searched. Their cars were also searched.

Most particularly, 100 ml of physiological serum — which has the possibility to be used in doping — and injection equipment were found among the personal effects.

The prosecutor in the southern French city of Marseille, Dominique Laurens, then opened an investigation on Monday, issuing a press release saying the probe was “on suspicions of doping a small part of the rider’s team.”

In an interview with Radio France International, team manager Emmanuel Hubert said he is supporting his riders but added that he is on the side of the law when it comes to the investigation.

“If it turned out that at the end of the current investigation elements came to confirm the truth of doping practices, the team would immediately dissociate itself from such acts and would take the necessary measures without delay,” said Hubert.