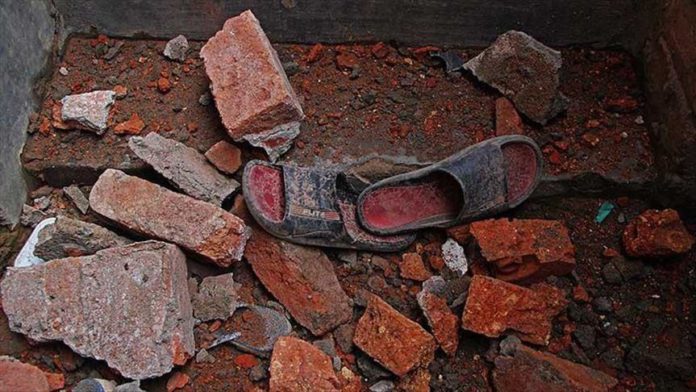 At least two people have died, while more than a dozen remain trapped after a five-storey building collapsed in India’s Maharashtra state Monday evening, officials said.

The cause of the collapse in Raigad district was not immediately clear. Several parts of the western state, however, are witnessing heavy rains.

Nidhi Chaudhari, Raigad’s district magistrate, said two people have died so far, and seven others injured in the incident.

“[At least] 15 people are still trapped under the debris and a rescue operation is continuing,” she told Anadolu Agency on Tuesday.

Rescue workers pulled dozens of people alive from the rubble of the building, which housed around 100 residents, the district information office said.

The residential complex was comprised of 47 flats, it added.

Indian Prime Minister Narendra Modi said he is “saddened” by the incident.

“Saddened by the building collapse in Mahad, Raigad in Maharashtra. My thoughts are with the families of those who lost their dear ones. I pray the injured recover soon,” his office tweeted.

“Local authorities and NDRF [National Disaster Response Force] teams are at the site of the tragedy, providing all possible assistance.”

Building collapses are not uncommon in India, particularly during the monsoon season, which lasts from June to September. Shoddy construction, and disregard of regulations also causes the buildings to cave in.