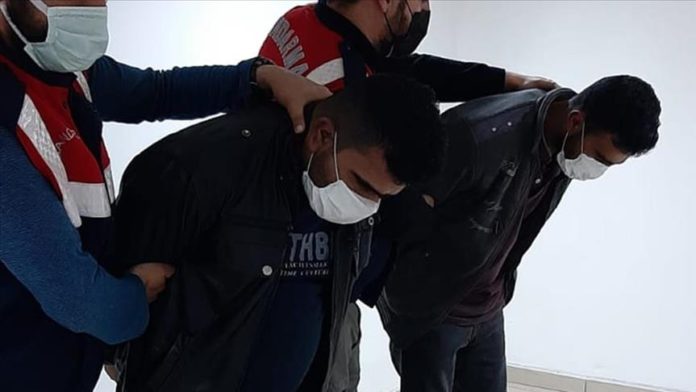 Two Daesh/ISIS terror suspects planning a major attack in Turkey were arrested in the capital Ankara, a security source said.

The two Syrian nationals were arrested in an operation by teams of the National Intelligence Organization and gendarmerie in the capital’s Yenimahalle district, said the source, requesting anonymity due to restrictions on speaking to the media.

The suspects, identified only the initials M.E.H and M.H., worked for the Daesh/ISIS terror group in Syria’s Deir ez-Zour region and were involved in several attacks on civilians, the official said.

Turkish intelligence was monitoring the individuals as part of efforts against the terror group’s network in Ankara, the source added.

Initially living in an abandoned building, they changed their location in a failed bid to evade authorities, but were soon tracked down in a container house, the official said.

Turkish authorities have determined that the suspects were in contact with Daesh/ISIS terrorists in Syria, and organizational documents and digital materials were also found at their location, according to the source.

The investigation will be expanded, the official added.