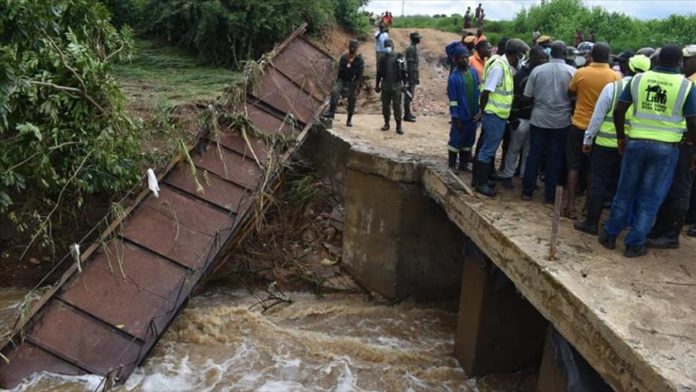 Two children in eastern Zambia drowned over the weekend after being swept away by raging floodwaters while attempting to cross a stream with their mother.

Police in the capital Lusaka said Monday that the incident happened after Esnart Banda left her home with her four children and headed for her parents’ house following a marital dispute.

“She was trying to cross the flooded stream with her four children and unfortunately, two of them — Cecilia, nine, and Alex, aged six — were swept away by the raging waters,” said police spokesman Rae Hamoonga, adding her husband, Daniel, reported the matter to the police.

Hamoonga said Esnart and the other two children were being treated at a hospital while the bodies of the deceased are awaiting postmortem and burial.

The two countries share a border on Zambia’s eastern side.

Gabriel Pollen, head of the country’s Disaster Management and Mitigation Unit, has called for external humanitarian support in the form of resources to supplement efforts to fight the effects of floods.

Pollen made the remarks Sunday in Lusaka after inspecting a collapsed bridge and destroyed maize fields following Saturday’s heavy downpour.

The rains also reportedly washed away a vehicle parked close to a riverbank.