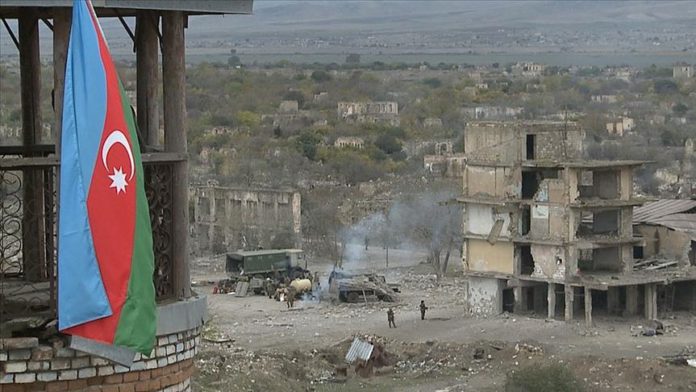 A number of Azerbaijani prisoners, including two who had been held captive by Armenia for several years, were released Monday as part of a prisoner exchange.

According to the Azerbaijan State Security Service, an exchange prisoners and hostages has begun according to a Russia-brokered agreement signed on Nov.10 between Azerbaijan and Armenia.

Azerbaijani prisoners and hostages were brought to the capital Baku on Monday.

Dilgam Asgarov and Shahbaz Guliyev, who had been held captive by Armenia for six years, were among those released.

In 2014, Asgarov and Guliyev along with Hasan Hasanov traveled to the Kalbajar region which was under Armenian occupation at the time to see their village where they were born and raised and visit the graves of their relatives.

After they were spotted by Armenian soldiers, Hasanov was killed and Asgarov and Guliyev were taken hostage.

Hasanov’s corpse was returned to Azerbaijan after three months while Asgarov was sentenced to life in prison and Guliyev to 22 years.